Harry Potter is one of the most important novel series of all time, with up to 8 films released so far in theaters. As is the case with some, they are seeing how different video games are launched on different systems, including Android, for example.

In this list you will see all the Harry Potter games available for Android, including the only one released by Warner Bros, Harry Potter: magic emerges. They are all enjoyable, be it with their magic, answering questions, and doing other things throughout each of them.

In this game you decide what you want to be, albeit a brave Gryffindor, an intelligent Ravenclaw, a cunning Slytherin or a loyal Hufflepuff. You will get to narrate your destiny for yourself and all of this by seeing yourself throughout a video game that will become magical, as if you were watching the movie.

The story begins in Hogwarts, as if you were in this world proper and casting spells, which go a long way if you want to master. This Harry Potter game for Android is possibly one of the best, in addition to having an official license and lasting a large number of hours.

With all the magic and mystery of Harry Potter comes this puzzle released by the developer Zynga, known for having released other applications. Complete the puzzles and reach other levels as long as you match the tiles of the same color, for this it is necessary to spend many hours.

This game is a 3-in-a-row game, but showing the cartoons of this popular series and movie that have been successful in the cinema after different parts. Harry Potter: Puzzles and Magic is fast-paced, if you haven't tried it, recommended to hook you from beginning to end and discover some mysteries. 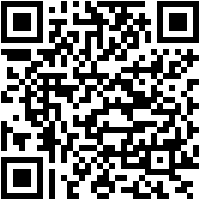 This multiplayer puts you to the test against other opponents, so the duels are epic, adding that magic is the power used to kill one another. Harry Potter: Magic Emerges lets you go creating potions, which are powers to be the strongest in this game.

Immerse yourself in Hogwarts, a place you must leave to become one of the best wizards of all time, for this he sees winning battles. Warner Bros is behind this epic battle between players, for this you have to find a game and see your level with others. Based on the world of Harry Potter, The Academy is a fun game in which to solve the more than 200 puzzles, but this does not end here, you have other things to do. Join the classes, get ready and much more if you want to be a profitable magician for tomorrow.

Discover the secrets, solve the mysteries and even specify things if you want to get clues that will lead you to an academy. Incredible title, especially if you have not played it beforeTherefore, it is best to start and let yourself flow to see how the story unfolds. Set in the magical world of Harry Potter, The magic typewriter has been adapted over time to give players an important feeling when playing. Measure yourself against other people in the world, for this you have to achieve a world record, beating your rivals.

All this with quite decent graphics, the game will take turns and try to see who is the last one standing, to win. The magic typewriter has been released by developer Harha Studios and is 100% enjoyable. More than 500.000 downloads guarantee this game. How much do you know about Harry Potter and his world? Thanks to this quiz game you will see the level, all with direct questions from the movies released so far. It is a fun trivia, with which you can measure your friend if you want if you are a big fan of the saga, which will continue to be present despite the few releases of other films at the moment.

With up to four answers, respond quickly if you want time not to catch up and you can beat those who want to eliminate you in rounds. It is a fun game with which you get to have a good time. Harry Potter Wizard Quiz: U8Q has more than 100.000 downloads since its launch. Join the Harry Potter fan club, take part in the Hogwarts Sorting Ceremony, play quizzes and puzzles, unlock magical surprises and explore the magical world, anytime, anywhere. This is all that Wizarding Mystery: AFK & RAID has to offer at this point.

It's fun, to this he adds some things that make him different from the rest in terms of games and applications so far. It has more than 100.000 downloads and hopes to grow throughout 2022.